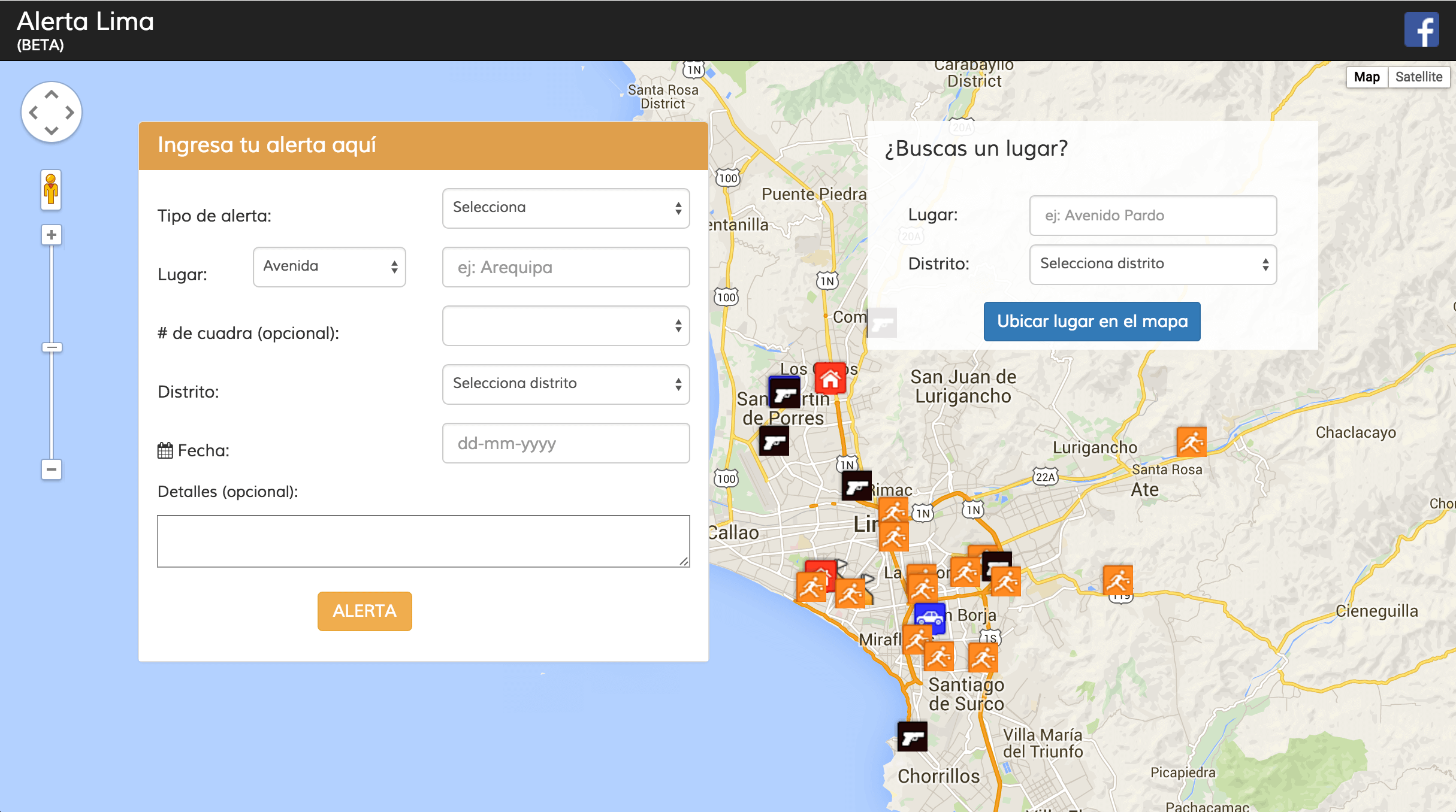 Every day hundreds of Lima citizens share on their social networks how they have been victims of some sort of crime (they got mugged at gunpoint, someone broke into their house, someone broke the window of the car they were in to steal their smartphone, etc). They do this to let their friends and family know about dangerous areas of the city. All that information (social media updates) is lost after a while, as News Feeds start getting newer content. There was no easy way to look through that information later. Alerta Lima is a web application that aims to help Lima citizens cope with crime and protect themselves. On this application citizens report crimes they are victims of and easily alert their family and friends by sharing Facebook and Twitter while contributing to a consolidated open database any citizen can look into.

More insights about this project 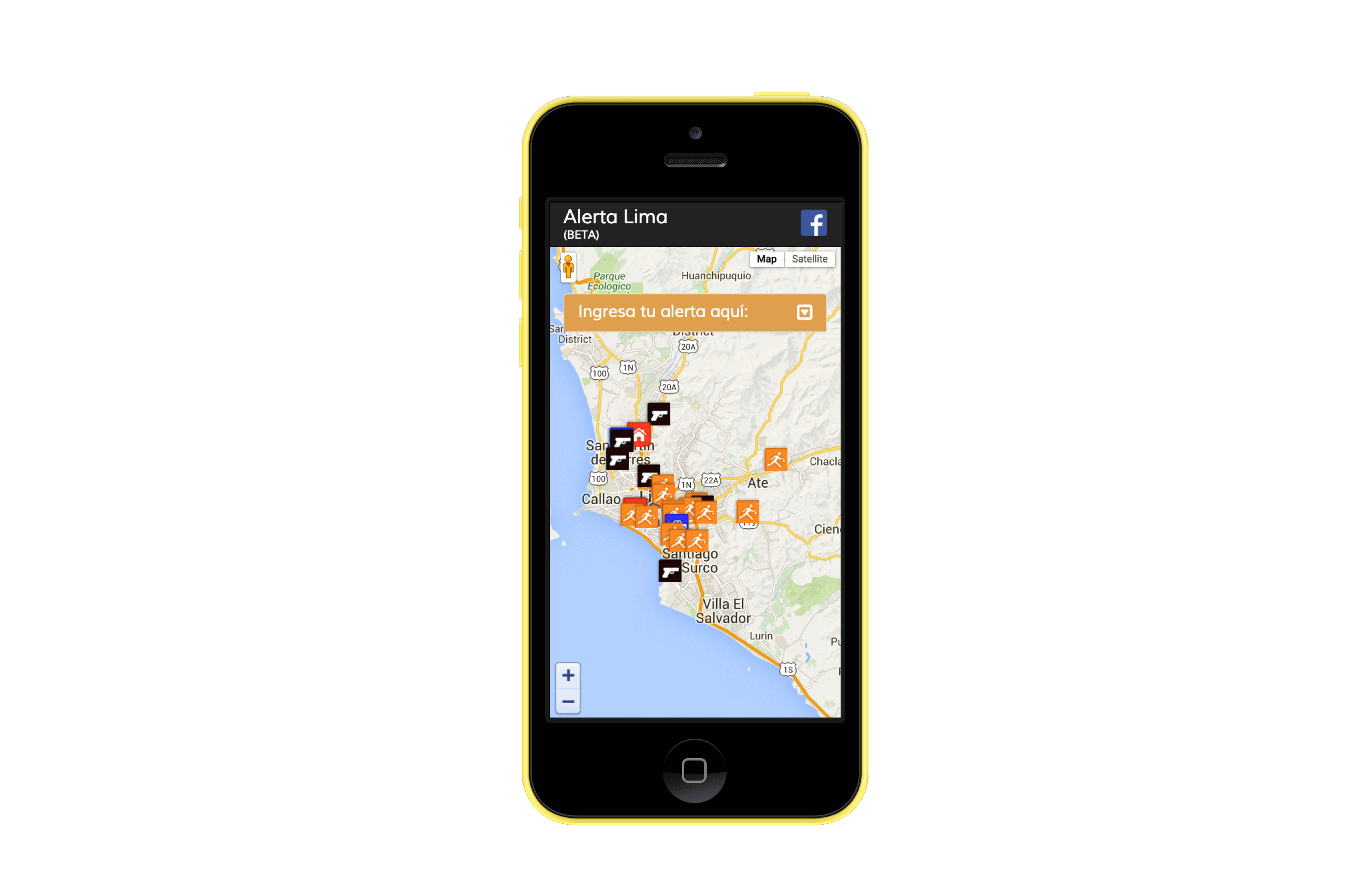